Unfortunately, when it comes to travel, there are a lot of rumours designed to scare us. As humans we are often somewhat ignorant to the realities of the world, choosing to instead rely on often inaccurate reports. However, if we believed everything we read, we’d be living in a state of perpetual fear. While it is always important to exercise caution when visiting new, unfamiliar places, there are often many wonderful elements to some of the world’s most maligned nations. There is good and bad everywhere and anywhere you could think to venture, and Zimbabwe is no exception. There are an abundance of reasons that the nation has been named in a list of top places to visit in 2019, and we’re here to explain seven of them.

IT IS POSSIBLE TO AVOID POLITICAL INSTABILITY

According to UK travel guidance from the Foreign and Commonwealth Office, there continues to be political instability in Zimbabwe. Unfortunately, this is still the case in the post Mugabe era. In recent months there have been political protests in some of the urban areas. You wouldn’t want to get caught up in the any political demonstration or reaction from Zimbabwean defence forces; fortunately for tourists, less so for Zimbabweans, the tourism highlights of the country are far from the sites of unrest. Thankfully, if you avoid high-density urban areas and certain rural areas (you should ask locally), then you are unlikely to be involved in any unrest. If you do happen to witness a situation, make sure you’re carrying ID, don’t share your political opinions, and do not attempt to film or take photographs.

The government really depends on tourism in order to bring foreign currency into the country. It is therefore extremely unlikely that tourists or tourism activities would be, and certainly haven’t been targeted in the past. Zimbabwe simply cannot afford for this damage to their reputation and subsequent impact to the incoming tourist dollar.

International visitors to Zimbabwe may pass through Harare on their way to one of the many famous national parks. Depending on the international flight departure or arrival times and the connections to safari destinations like Hwange National Park, Matusadona or Mana Pools you may require an overnight in the city. There are numerous well run guest houses and larger hotels to choose from and professional drivers and guides to assist with any transfers or guiding requirements.

In terms of crime, the levels are only considered “moderate”, which is not unlike many other places around the world. Crime is more concentrated in cities, which should come as a huge surprise to nobody who’s ventured to places like London or NYC. When venturing on out to some of the nation’s most renowned locations like Victoria Falls, the people are so friendly and welcoming that you will most likely laugh at the idea of feeling anything but safe!

Police corruption is not unheard of in Zimbabwe, but the situation is significantly improved from a few years ago where bribes to officials was part and parcel of a visit. Again, sticking to the areas which are well-loved by your fellow travellers will mean you do not run into any problems.

THE PEOPLE WILL SUPPORT YOU

For every negative experience that you could possibly encounter in Zimbabwe, there are ten positive ones, largely in thanks to the people who live there. The majority are warm, friendly and always willing to help you.

Not only are the local people welcoming, the expert guides that you can hire will help you to feel safe and secure while you are travelling around. Their level of English tends to be superior to guides from other neighbouring nations, which means that communication will be a breeze. The safari guides in Zimbabwe are also widely considered to be the best in Africa – visits to national parks such as Mana Pools will demonstrate the level of skill and experience whether you be experiencing the bush by car, on foot or on water.

Over the past few decades, the issues in Zimbabwe have led to hyperinflation in addition to widespread cash shortages. Between 1980 and 2009 the Zimbabwean Dollar suggered three huge redominations. In 2009, the country switched to using the US Dollar meaning your only interaction with a Zimbabwean Dollar is likely to be those sold by hawkers as souvenirs on the Victoria Falls high street.

In present day Zimbabwe, in order to not be caught out, you should always carry cash; it’s often not possible to pay on your card, or to withdraw money from an ATM. However, it’s actually sometimes cheaper to pay with an international card, where this is allowed (for example, at petrol stations).

As a result of the recent instability Zimbabwean tourism suffered a steep decline. Once the most popular safari destination in Southern Africa, in the early 2000s the industry lost over 90% of its business. From that point on conservationists and responsible safari operations have worked tirelessly to protect the county’s wildlife areas, often operating with little to no income. Many of those businesses relied on their operations in neighbouring countries such as Botswana, Zambia, Namibia and South Africa to support their efforts within Zimbabwe.

Encouragingly Zimbabwean safari is back and booming with occupancy levels high, especially over the popular safari season from June to October. That said, the prices for high quality safari in Zimbabwe are considerably less than those charged over in Botswana. As we are of the opinion that the wildlife, guiding and lodges found in Zimbabwe are amongst the best in Africa, we expect prices to rise considerably year on year going forward.

One of the most tragic rumours about Zimbabwe is that there’s no longer any wildlife in the country. This is utterly ridiculous and absolutely false. As mentioned above, the tireless work of individuals and organisations committed to conservation have protected those magical wilderness areas for which Zimbabwe is famed. Yes, there have been cases of poaching in Zimbabwe, but sadly this is also true throughout Africa, but the Zimbabwean wildlife authorities have shown that it deals with poaching in a decisive manner.

Wildlife exists in great numbers throughout the national park network, spread across the country, but also in private conservancies and occurring naturally throughout the bush. Very little of these vast areas of southern Africa are fully fenced, as such vast numbers of wildlife, most especially elephants cross back and forth between Botswana, Zambia and Mozambique.

The BBC chose to feature the Wild Dogs of Mana Pools National Park in their recent documentary Dynasties, giving just one insight to the wildlife highlights. Other highlights include but are not limited to the lion prides of Matusadona National Park and the vast elephant herds of Hwange National Park. Gonarezhou National Park is home to the ‘grey ghosts’ – huge elephant bulls wandering great distances across these remote areas of the country.

THERE’S SO MUCH TO DO

Zimbabwe attracts countless visitors annually because of the appeal of a safari adventure here, however, it’s a complete myth to say that this is all the country has to offer. There are plenty of activities to get involved with, no matter what you’re interested in.

Thrill-seekers can partake in rafting the Zambezi river, both above and below the iconic Victoria Falls, the wild rapids are absolutely exhilarating, particularly during the months between August and December. Bungee jumping, zip-lining and rope swinging are also viable activities for those who consider themselves daredevils.

And, of course, any kind of visit to Victoria Falls, which borders on Zambia, is a must. From the absolutely breathtaking, thunderous roar of the falls themselves, through to the chance to swim in the world’s most impressive natural infinity pool, Devil’s Pool, you will not regret taking the opportunity.

But Zimbabwe offers the visitor so much more than this. The Unesco World Heritage site of the Matopos Hills is an area of outstanding natural beauty and fascinating cultural heritage. The ruins of Great Zimbabwe demonstrate evidence of a sophisticated and cultured civilization in the heart of Africa – as a trading hub this is particularly unusual being so far from any major river or coast. Lake Kariba is all about leisure, visitors can choose to explore by house boat to enjoy fantastic fishing, and game viewing from onboard. Many consider the Eastern Highlands to be one of Africa’s Edens – Chimanimani is a magical landscape of rolling hills, forested valleys, waterfalls and impressive mountains. You’ll even find Zimbabwe’s own championship quality gold course here: Leopard Rock.

DIFFERENCES MAKE THE WORLD GO ROUND

It’s been said before, but it’s worth saying again. Bad things can (and do) happen wherever you are in the world, but we would be denying ourselves of some of the best opportunities out there if we simply remained close to home.

If you have a somewhat adventurous spirit and you long to see more of our fantastic planet, Zimbabwe is a real eye-opener. Not only is it possible to have a wonderful time, the country can also teach you several life lessons. There’s little doubt that a first time visit will leave you wanting more.

Don’t be naive – you will be out of your comfort zone. However, if you stick to guidance, do your research and enlist the help of the locals around you, you will have a brilliant time. 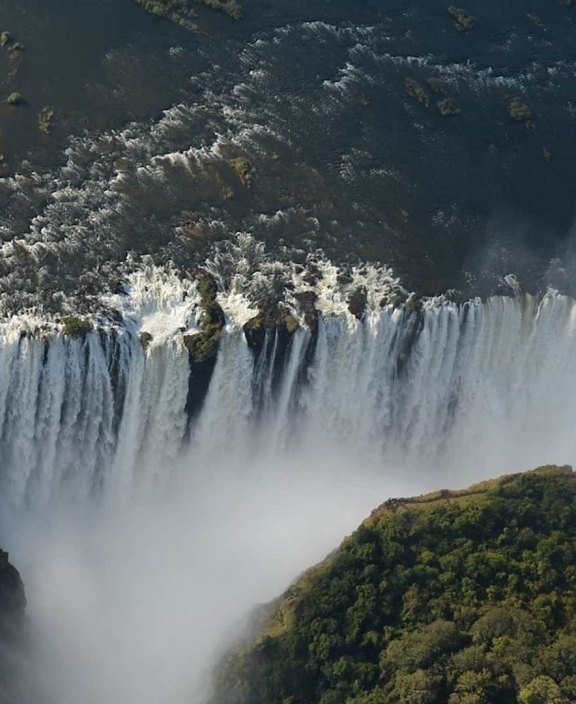