The Kalahari Desert is a large semi-arid sandy savanna in southern Africa extending 900,000 square kilometres, covering much of Botswana, parts of Namibia, and regions of South Africa. Despite being named a desert, it receives a lot of rainfall – between 5 and 10 inches annually. As a result, these dunes are covered with a relative abundance of vegetation attracting a large variety of wildlife, from black-maned lions to spotted hyenas. However, this is undoubtedly a land painted by the deep reds and bone yellows of a desert. Combine the picturesque orange sands with the black velvet skies studded with infinite stars, and the Kalahari Desert will truly make you feel like you have arrived in Africa.

At 52,000 square kilometres, the Central Kalahari Game Reserve is one of Africa’s largest protected areas. It is a very seasonal destination which comes to life over the changing seasons. Late in the rains the valleys are full of long rich grasslands and there’s perhaps nowhere better to Africa’s predators on the prowl. With so few lodges the choice of places to stay could appear limiting, but when you consider the excellent mobile safari operators, the options for international visitors are first class. 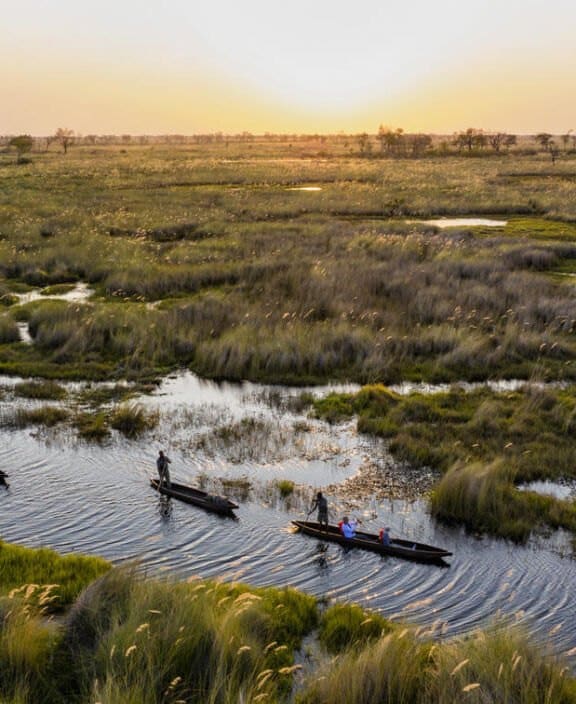